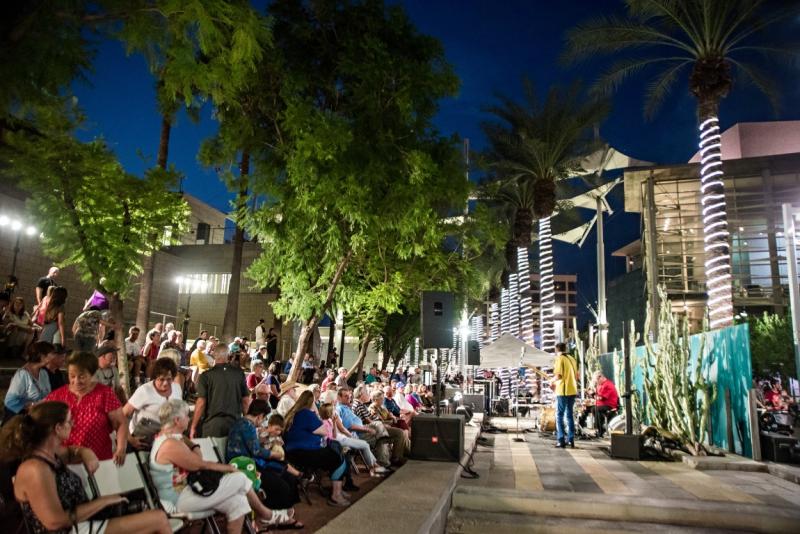 Mesa named one of the most artistic cities in the U.S.

Mesa has been named by Expedia, Inc. as one of the most artistic cities in the United States. The travel company includes Mesa in the large city category, with a population between 350,000 and 1 million, as having a thriving arts community.

"Mesa has a vibrant arts culture that is growing with new artists' lofts, an emerging music scene and the beginnings of an innovation district that blends creativity, coworking, business and education," Mayor John Giles said. "We are proud to be recognized as one of the most artistic cities in the country."

Mesa, with a population of 484,587, was recognized for its easy access to the arts. Expedia cited the Mesa Arts Center as a "veritable one stop shop of creativity" with performing and studio art classes; Broadway shows and concerts; WordPlay Cafe offering an open mic for poetry, storytelling and music; and exhibits at the free, five-gallery Mesa Contemporary Arts museum.

The City was also recognized for the i.d.e.a. Museum for promoting children's exploration of creativity and learning and the Mesa Community College Performing Arts Center for offering music, dance, theater and a new art gallery to showcase student art. Expedia also said downtown Mesa is "well worth exploring, with its over 200 sculptures and art hub."