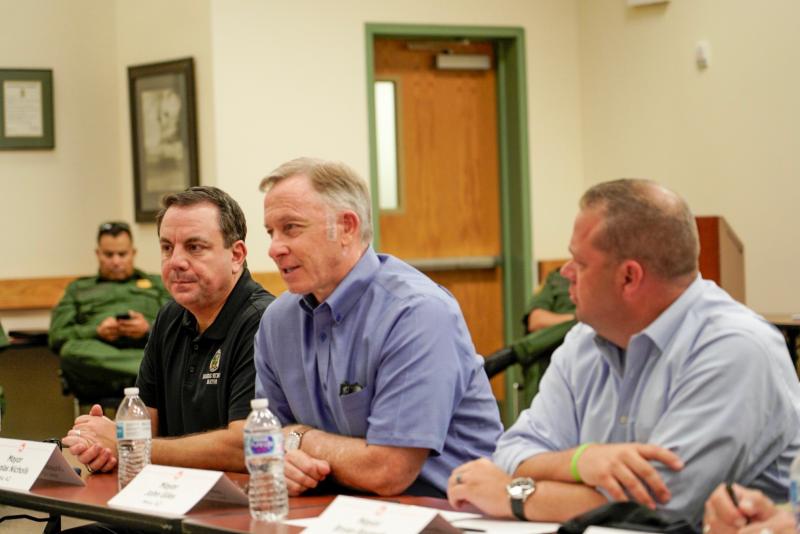 Mayor John Giles and a bipartisan group of mayors met with Acting Department of Homeland Security Secretary Kevin McAleenan in El Paso, TX, to discuss the dramatic impact of the border crisis on communities in the Southwest. Giles played a leadership role in the meeting as Chair of the United States Conference of Mayors (USCM) Immigration Reform Task Force.

Mayor Giles became engaged at the national level on the issue of immigration and asylum seekers when he saw the local impacts created by the surge of people across the state of Arizona. He has worked to find resources for the non-profit organizations and faith groups who have stepped up to fill in the gaps left by the federal government. Giles has collaborated with Senators Kyrsten Sinema and Martha McSally to urge bipartisan support of border cities.

The sustained push from the USCM and others recently paid off when Congress passed border supplementals that include $30 million for local agencies managing the increase of asylum seekers in their communities.

"I appreciate the progress we have made so far, but we do need to continue to work with the federal government to solve the crisis at our border," Giles said. "We had a frank and candid discussion with Secretary McAleenan about the realities that border cities face each day. We need to work with our federal partners to find solutions that protect the safety and wellbeing of asylum seekers without draining community resources."

Mesa has a long and strong cultural and trade relationship with Mexico that's essential to both economies. The development of SkyBridge Arizona at Phoenix-Mesa Gateway Airport is the first inland international e-commerce hub with US and Mexico customs officials in one location. It is important for both countries to continue our trade relationship and find a solution to the crisis at our border so we can move forward together.