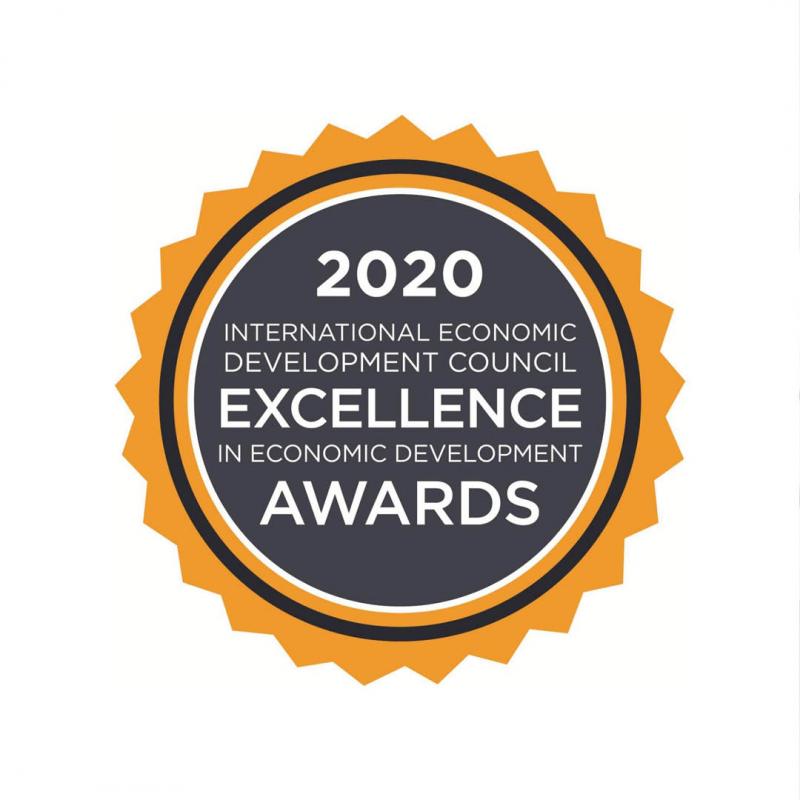 "We are truly honored to be recognized for these six awards of excellence in economic development, in addition to our international reaccreditation," City of Mesa Economic Development Director Bill Jabjiniak said. "These awards are an affirmation of our economic development team and our community partners' efforts to develop and promote Mesa as a premier location for companies from around the world to locate and expand."

IEDC's Excellence in Economic Development Awards recognize the world's best economic development programs and partnerships, marketing materials, and the year's most influential leaders. Thirty-five award categories honor organizations and individuals for their efforts in creating positive change in urban, suburban, and rural communities. Awards are judged by a diverse panel of economic and community developers from around the world, following a nomination process held earlier this year. IEDC received more than 500 submissions from four countries. The City of Mesa Office of Economic Development was one of the most awarded organizations at the IEDC Annual Conference winning accolades in the following categories:

AzAMI is a Mesa Community College (MCC) program. Key to this program was Mesa's facilitation of a partnership between AzAMI and Boeing to develop a pipeline to recruit an additional 450 technicians through 2022. The Office of Economic Development partnered with MCC on this program and the awards submission.

This is a Visit Mesa program. The Office of Economic Development partnered with Visit Mesa on this program and the awards submission.

The UNION at Riverview

"The winners of IEDC's Excellence in Economic Development awards represent the very best of economic development and exemplify the ingenuity, integrity, and leadership that our profession strives for each and every day," 2020 IEDC Board Chair and One Columbus CEO Kenny McDonald said. "We're honored to recognize the more than 100 communities whose marketing campaigns, projects, and partnerships have measurably improved regional quality of life."

The International Economic Development Council (IEDC) is a non-profit, non-partisan membership organization serving economic developers. With more than 5,000 members, IEDC is the largest organization of its kind. Economic developers promote economic well-being and quality of life for their communities, by creating, retaining, and expanding jobs that facilitate growth, enhance wealth, and provide a stable tax base. From public to private, rural to urban and local to international, IEDC's members are engaged in the full range of economic development experience. Given the breadth of economic development work, our members are employed in a wide variety of settings including local, state, provincial, and federal governments; public-private partnerships; chambers of commerce; universities; and a variety of other institutions. When we succeed, our members create high-quality jobs, develop vibrant communities, and improve the quality of life in their regions. Learn more at www.iedconline.org.