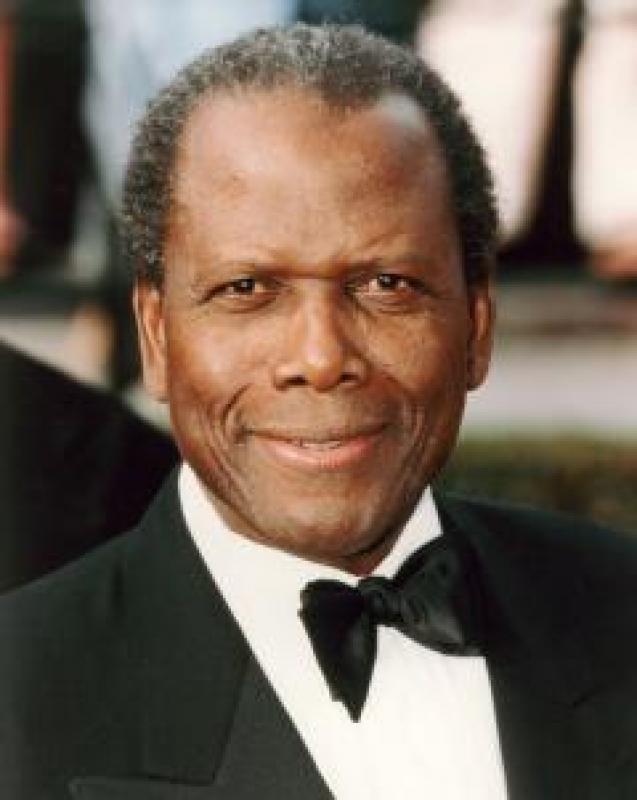 Arizona State University (ASU) today established The Sidney Poitier New American Film School, one of the largest, most egalitarian film schools in the country, operating in three cities across Arizona and California. The school, which began as a film program 15 years ago, is one of five schools in ASU's Herberger Institute for Design and the Arts.

Named after one of America's most beloved Hollywood icons, the film school will relocate in Fall 2022 to a brand-new 118,000-gross-square-foot facility in downtown Mesa, Arizona, seven miles from the university's Tempe Campus. The school will also operate out of ASU's new center in Los Angeles at the historic Herald Examiner building, providing students with the opportunity to learn and work in the entertainment capital of the world and bolstering the presence the film program already has in L.A. through ASU Film Spark. Students also have opportunities to use Hollywood technology through partnerships, including with the John Hughes Institute and with Dreamscape Immersive, the world's leading virtual reality company.

"Arizona State University is deeply committed to the premise of inclusivity and The Sidney Poitier New American Film School is an extension of that impact in an area of academic pursuit that will be advanced by representation of greater diversity and perspective," said ASU President Michael M. Crow. "We cannot imagine a stronger expression of this commitment than to have the school named for an esteemed professional whose work and life story exemplify what we want to accomplish with this new school."

With the naming of the new school, Mr. Poitier--the first Black man to win the Academy Award for Best Actor for his role in the 1963 film "Lilies of the Field," which was set and filmed in Arizona--will join other icons such as Sandra Day O'Connor and Walter Cronkite in having his legacy permanently enshrined on ASU's campus.

Founded in 2006 and previously part of the School of Film, Dance, and Theatre, the film production programs have been among the fastest growing undergraduate degrees at ASU, and now enroll nearly 700 students, a number expected to double over the next three to five years. In creating this school, ASU aims to prepare students to work across the entire ecology of the film and media industries, in both above and below the line jobs--from directing and producing to the technical and business sides of film production.

"Sidney Poitier is a national hero and international icon whose talents and character have defined ethical and inclusive filmmaking. His legacy will serve as a guide and inspiration for our school and the thousands of film students we educate," said Steven J. Tepper, dean of the Herberger Institute for Design and the Arts at ASU. "The Sidney Poitier New American Film School will be a welcoming space for individuals from across the country and world to hone their craft, and bring their unique and diverse voices to the entertainment industries and audiences everywhere."

"More than anything we want our students to have the ability to successfully transition to jobs in the entertainment industry," said Tepper. "By covering a wide range of practice areas within our curriculum, our programs are able to model real world jobs, giving students hands-on experience in a variety of industry roles. In doing so, we are committing to the entire creative practice and ensuring our graduating students leave ASU ready to contribute to productions with a thorough understanding of film and media production."

"It's a huge honor to have this film school named after my dad," said Sydney Poitier Heartsong. "I think it marries the two things that have been most defining and most important to him in his life: education and the arts."

"It's really important to have diversity in the stories that we tell, and they need to be told by the people who are living these stories," said Mr. Poitier's daughter Anika Poitier. "It's absolutely imperative that we open up these conversations and we open up schools like [The Sidney Poitier New American Film School], which will hopefully encourage people to come and learn and be able to tell their stories and have a platform in which to share those stories as well. Because I think that it's what the world needs desperately right now."

Beginning in 2022, the film school and its programs will primarily operate out of a new state-of-the-art facility in downtown Mesa, which is rapidly becoming a regional district for education, culture and innovation. Featuring several sound stages, including a three-story stage designed for new forms of immersive entertainment experience, along with two state-of-the-art screening facilities and dozens of classrooms and labs dedicated to digital media technology, the three-story building will facilitate the production of dozens of major student films every year, as well as serve as a community resource for new media innovations in gaming, expanded reality, and traditional film exhibition. The south side of the building will also open up to a new park space, with a massive outdoor screen to host warm-weather screenings.

Through the new ASU LA Center, students enrolled in The Sidney Poitier New American Film School will be able to take advantage of innovative new graduate programs in media-making and creative industry leadership, in cooperation with ASU's Walter Cronkite School of Journalism and Mass Communication and Thunderbird School of Global Management, as well as semester-long programs for graduating ASU seniors and community college transfer students. The ASU LA Center is expected to open in summer of 2021.

For more details on the new school, faculty, staff, a timeline and details on how to apply, visit (film.asu.edu).

Arizona State University has developed a new model for the American Research University, creating an institution that is committed to access, excellence and impact. ASU measures itself by those it includes, not by those it excludes. As the prototype for a New American University, ASU pursues research that contributes to the public good, and ASU assumes major responsibility for the economic, social and cultural vitality of the communities that surround it.

About Herberger Institute for Design and the Arts

ASU's Herberger Institute for Design and the Arts is the largest comprehensive design and arts school in the country, built on a combination of disciplines unlike any other program nationally and located within a dynamic research university focused on transformative change. The Herberger Institute comprises the schools of Art; Arts, Media and Engineering; Music, Dance and Theatre; The Design School; The Sidney Poitier New American Film School, and the ASU Art Museum. The Herberger Institute is committed to redefining the 21st-century design and arts school through developing and scaling ideas to strengthen the role of designers and artists across all areas of society and culture and to increase the capacity of artists to make a difference in their communities. For more information on the Herberger Institute for Design and the Arts, visit herbergerinstitute.asu.edu.