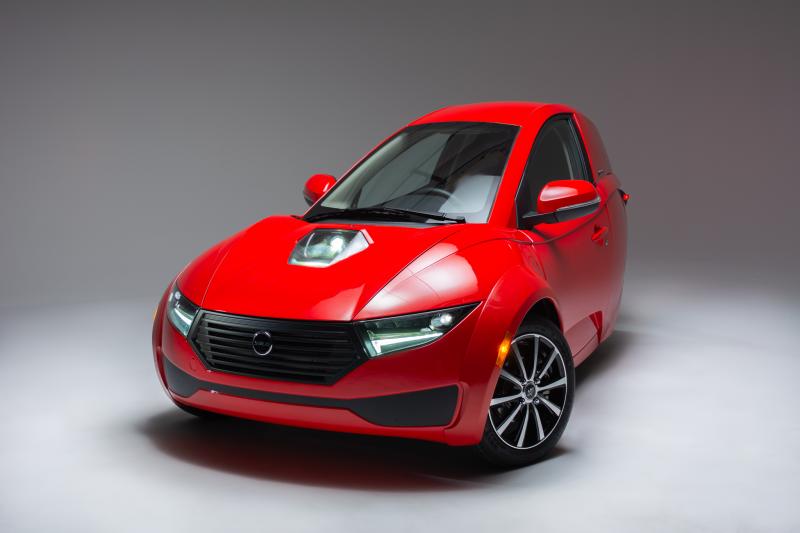 ElectraMeccanica announces plans to establish U.S. base of operations in Mesa

ElectraMeccanica Vehicles Corp.(NASDAQ: SOLO)("ElectraMeccanica" or the "Company"), a designer and manufacturer of electric vehicles, today announced that it has selected Mesa, AZ, in the greater Phoenix area, for its U.S. based assembly facility and engineering technical center. Phoenix ranks as the fifth largest city in the U.S. according to 2020 census data, with nearly 1.8 million residents. Mesa, a suburb of Phoenix, ranks 35thnationally. The Company's selection marks the end of a comprehensive, year-long site search conducted by ElectraMeccanica and its partner, BDO USA's Site Selection & Incentives Practice("BDO").

Since late February 2020, the Company has been engaged in a nationwide review of potential locations that matched ElectraMeccanica's technical and workforce criteria. BDO initially identified seven candidates and sent requests for proposals to the chief economic development entities and local authorities in each state who in turn responded with detailed bids. In June, following comprehensive reviews and site visits, the Company narrowed the candidate list to five. In August, the list was further narrowed to three states and in October, the Company named Arizona and Tennessee as the two finalist states. The last few months of the selection process involved rigorous proposal reviews and negotiations to select the most well-suited partner.

The proposed facility in Mesa will support ElectraMeccanica's strategic plan to meet anticipated demand for their flagshipSOLOEV. When fully operational, the facility is expected to create up to 500 new jobs and will be capable of producing up to 20,000SOLOsper year. Altogether it will feature both a light vehicle assembly plant along with a state-of-the-art engineering technical center, including multiple labs to support comprehensive research facilities as well as vehicle chassis, battery pack and power electronics testing workshops. ElectraMeccanica also expects this new facility to generate second order effects that will positively impact the local and state economies. In addition to strong consumer interest in theSOLOEV, the Company has seen growing interest in commercial fleet and utility applications. Beyond working to address commuting and traffic congestion challenges in the region, the Company intends to work with local municipalities to initiate a future pilotSOLOshare ecosystem in the Mesa and the greater Phoenix region. Plans for this program will be forthcoming.

"I want to thank Governor Ducey, his team, the state of Arizona and everyone who's been involved in this process for helping to bring ElectraMeccanica's U.S. operations to life," said Company CEO Paul Rivera. "This decision is monumental for our business and will be transformative for our host city and state. When fully operational, we anticipate creating hundreds of new jobs for the local economy. We believe Mesa's population size and density provides a great talent pool as we look forward to contributing to the growing high-tech environment."

"Arizona is thrilled to be selected as the home of ElectraMeccanica's first U.S.-based assembly facility and engineering technical center," said Governor Doug Ducey. "Arizona has fast become the electric vehicle center of America thanks to our robust and growing workforce, vibrant innovation ecosystem, and ideal business environment. My thanks to ElectraMeccanica, the Arizona Commerce Authority, the City of Mesa and all involved in bringing this exciting project to Arizona."

"We couldn't be more excited to welcome ElectraMeccanica to Arizona as the latest electric vehicle innovator to choose our state," said Sandra Watson, President and CEO of the Arizona Commerce Authority. "No other state in the country provides a better environment for ElectraMeccanica to scale its leading-edge technology, and we look forward to continuing to be a partner in the company's long-term success."

Tom Stringer, Leader for the National Site Selection & Business Incentives Practice, BDO USA, added, "This has been an extraordinary economic development project that proves Arizona's strategic high-tech investments are bringing jobs and major capital investments from cutting-edge companies that directly benefit Arizona taxpayers. This project will mean so much to the EV and shared mobility community, and we look forward to announcing more details at a later date. For now we wish to especially thank the Arizona Commerce Authority's Sandra Watson, Brad Smidt of the Greater Phoenix Economic Council, the City of Mesa's Lori Collins, Kevin Cosca at CBRE, the Reef Group's Blake Garrett and Marwest Enterprises' David Martens for their help bringing all the pieces together."

TheSOLOis a purpose-built, three-wheeled, all-electric solution for the urban environment. Engineered for a single occupant, it offers a unique driving experience for the environmentally conscious consumer. TheSOLOhas a range of 100 miles and a top speed of 80 mph, making it safe for highways. TheSOLOfeatures front and rear crumple zones, side impact protection, roll bar, torque-limiting control, as well as power steering, power brakes, air conditioning and a Bluetooth entertainment system. It blends a modern look with safety features at an accessible price point of $18,500. TheSOLOis currently available for pre-orders here.

Safe Harbor Statement
Except for the statements of historical fact contained herein, the information presented in this news release and oral statements made from time to time by representatives of the Company are or may constitute "forward-looking statements" as such term is used in applicable United States and Canadian laws and including, without limitation, within the meaning of the Private Securities Litigation Reform Act of 1995, for which the Company claims the protection of the safe harbor for forward-looking statements. Thesestatements relate to analyses and other information that are based on forecasts of future results, estimates of amounts not yet determinable and assumptions of management. Any other statements that express or involve discussions with respect to predictions, expectations, beliefs, plans, projections, objectives, assumptions or future events or performance (often, but not always, using words or phrases such as "expects" or "does not expect", "is expected", "anticipates" or "does not anticipate", "plans, "estimates" or "intends", or stating that certain actions, events or results "may", "could", "would", "might" or "will" be taken, occur or be achieved) are not statements of historical fact and should be viewed as forward-looking statements. Such forward-looking statements involve known and unknown risks, uncertainties and other factors which may cause the actual results, performance or achievements of the Company to be materially different from any future results, performance or achievements expressed or implied by such forward- looking statements. Such risks and other factors include, among others, the availability of capital to fund programs and the resulting dilution caused by the raising of capital through the sale of shares, accidents, labor disputes and other risks of the automotive industry including, without limitation, those associated with the environment, delays in obtaining governmental approvals, permits or financing or in the completion of development or construction activities or claims limitations on insurance coverage. Although the Company has attempted to identify important factors that could cause actual actions, events or results to differ materially from those described in forward-looking statements, there may be other factors that cause actions, events or results not to be as anticipated, estimated or intended. There can be no assurance that such statements will prove to be accurate as actual results and future events could differ materially from those anticipated in such statements. Although the Company believes that the expectations reflected in such forward-looking statements are based upon reasonable assumptions, it can give no assurance that its expectations will be achieved. Forward-looking information is subject to certain risks, trends and uncertainties that could cause actual results to differ materially from those projected. Many of these factors are beyond the Company's ability to control or predict. Important factors that may cause actual results to differ materially and that could impact the Company and the statements contained in this news release can be found in the Company's filings with the Securities and Exchange Commission. The Company assumes no obligation to update or supplement any forward-looking statements whether as a result of new information, future events or otherwise. Accordingly, readers should not place undue reliance on forward- looking statements contained in this news release and in any document referred to in this news release. This news release shall not constitute an offer to sell or the solicitation of an offer to buy securities.