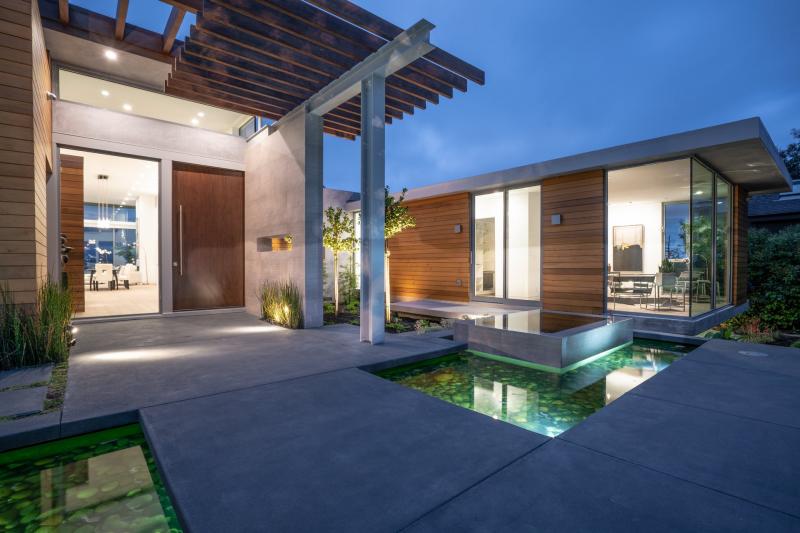 Bonelli Doors + Windows has officially relocated its manufacturing headquarters to Mesa, Ariz. The leading aluminum door and window designer and manufacturer has created 35 new jobs with active recruiting to hire at its new 50,000 square foot facility at Landing 202 in Mesa's Gateway Area where it will design, manufacture, and ship finished product. The Mesa facility will support the Southwest region of the U.S. and serve clients nationwide.

"Mesa is a great fit for Bonelli. With its low cost of living, educated workforce, freeway connections to major markets, and international airport, it is an ideal location for our headquarters and operations to be in one building," said Cameron Wyatt, president of Bonelli. "With Cardinal Glass choosing the region for their manufacturing plant, it has created a feedback loop for other suppliers and manufacturers in the door and window industry to locate in Arizona, driving more talent and investment in the region."

"Congratulations, Bonelli, on the relocation to Mesa," said Mesa Mayor John Giles. "We're pleased to have Bonelli join the growth and momentum happening in East Mesa."

To support expansion and with 17 new product launches planned in the next year, Bonelli partnered with ASU Preparatory Academy Polytechnic, already making intern hires as a result, and the company will look to expand opportunities for local students as the company adds manufacturing and business administration team members. The move to Mesa follows the 2018 acquisition of Bonelli by Pella Corporation as part of the Luxury Division of Brands.

"I am very excited to welcome Bonelli to District 6 and the Gateway area." District 6 Councilmember Kevin Thompson stated. "The diversification of Mesa's local economy is important to our City's overall economic health, and the jobs that Bonelli will be bringing into our community are just as important to me and to our citizens."

Including jobs, the Bonelli team is passionate about paying it forward. Recently, the company provided a substantial donation to the House of Refuge in Mesa, in partnership with the Pella Rolscreen Foundation, Pella Corporation's philanthropic arm.

"Bonelli Doors + Windows relocation further demonstrates Greater Phoenix's value position and ability to meet the needs of the sector," said Chris Camacho, president & CEO of the Greater Phoenix Economic Council. "Mesa continues to attract investment from notable companies and manufacturers, and we're thrilled to welcome Bonelli Doors + Windows. We look forward to being a partner in the company's continued success."

For more information, please contact the Bonelli team at bonelliinfo@bonelli.com.

About Bonelli Doors + Windows
Bonelli Doors + Windows stands apart in a cluttered world of modern doors and windows. From design vision to engineering expertise, we live to fulfill the brilliant and crazy ideas that our clients desire. Our full suite of door and window solutions are a favorite among architects and builders because they know they can count on us to come through on their design vision. It is not enough to simply provide product that meets the specifications of a market, it is the details that win our clients' trust.

About City of Mesa
With a population of more than 518,000, Mesa, Ariz. is the 35th largest city in the United States and second largest in the Phoenix-Mesa metro area. Mesa encompasses 138 square miles inside a 21-city region that has a population of 4.9 million people and is projected to grow to 5.3 million by 2025. Mesa is a vibrant city and a premier location for business development opportunities. Serving industry leaders such as Apple, AT&T, Banner Health, Boeing, Bridgestone, Dexcom, MD Helicopters, Nammo Defense Systems, Northrop Grumman, and more, Mesa is a smart location for intelligent companies. www.SelectMesa.com

About the Greater Phoenix Economic Council
The Greater Phoenix Economic Council (GPEC), named the top economic development organization in the U.S. by the International Economic Development Council, works to attract and grow quality businesses and advocate for the competitiveness of Greater Phoenix. A data-driven regional economic development organization, GPEC works with 22 member communities, Maricopa County and more than 170 private investors to accomplish its mission and serve as a strategic partner to companies across the world as they expand or relocate to Greater Phoenix. Over the past 31 years GPEC has fueled the regional economy by helping more than 850 companies, creating 154,000 jobs and $20.4 billion in capital investment. Greater Phoenix is in a relentless pursuit of innovative and entrepreneurial-focused companies looking to thrive and scale in a vibrant, dynamic region. There is an undeniable spirit about Greater Phoenix; one rooted in strength, collaboration and resilience. Greater Phoenix is Greater Together. For more information about GPEC and how we can assist your businesses, visit www.gpec.org.