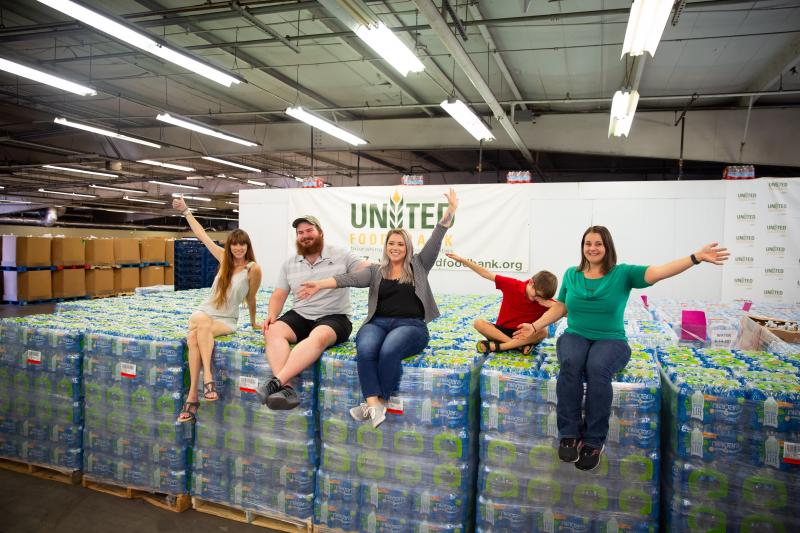 Thanks to the generosity of many in the community, the Mesa Hydration Donation Campaign has collected thousands of bottles of water to help people in need, including the homeless and unsheltered during the hot summer months. However, with less than six weeks remaining in the campaign and temperatures still exceeding triple digits, the need for donations is still critical. You can donate water at various drop-off locations throughout the City. A complete list of locations is available at www.mesaaz.gov/H2OMesa.

"We have seen incredible generosity this summer by so many in our community to help people who are struggling. The need for donated water is even greater this year, which is why we are still encouraging you to pick up an extra case of water for the campaign the next time you are at the store," said Mesa Mayor John Giles.

There have been numerous collection drives this year organized by residents, businesses and organizations. Amanda Ferguson led the Bottles for Bill, a nonprofit organization named in honor of her brother who died from heat exhaustion in the Arizona desert in August 2013. Her campaign, with the help of Niagara Bottling, collected 90,014 bottles this summer.

"I'm so grateful to our caring community members who came together to honor my brother with so many donations of water. This campaign truly saves lives and raises awareness about the dangers of the summer heat," said Amanda Ferguson.

Other campaigns include donations of 84,965 bottles from the Eastmark community, 43,520 from Niagara Bottling, 38,330 from Walmart, 32,310 from Friendly Auto Centers, 27,872 from the Mesa Rotary Club, 18,252 from Cigna, 10,041 from several donors who participated in a collection drive sponsored by Norris Air and Channel 3 and a donation of three pallets or 8,640 bottles of water from Fry's Food Stores during a fundraiser promotion with United Food Bank and Channel 12.

Several donations were from the One Ton Water Challenge started in 2017 by Mesa Chamber of Commerce, United Food Bank and the City of Mesa. It challenges businesses, residents and organizations to buy a pallet of water, which weighs more than one ton, for approximately $150. Individuals can split the cost so it's about 75 dollars each. To donate a pallet, contact Melissa Forrester at mforrester@unitedfoodbank.org.

"United Food Bank is grateful for the donations of water and money for the campaign and we encourage residents to continue helping us during the remaining weeks of summer heat," said Dave Richins, United Food Bank CEO. "A five dollar donation or a case of water will save lives."

The Mesa Hydration Donation Campaign, which started in 2007, is a partnership involving the City of Mesa, nonprofit agencies and businesses to provide supplies of water to those in need. The water is distributed through United Food Bank to numerous nonprofit organizations in Mesa and throughout the valley including Paz de Cristo, Mesa United Way and A New Leaf-East Valley Men's Center.

The campaign continues through Friday, Oct. 1.