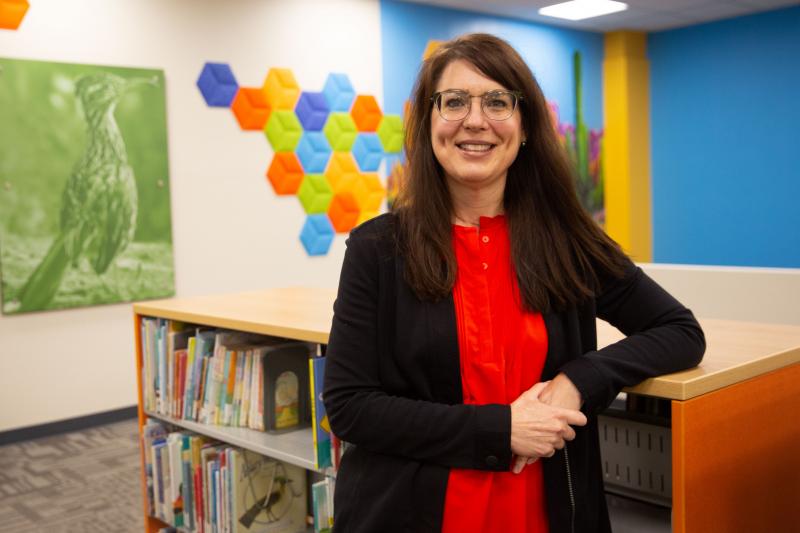 "Polly has demonstrated her love and dedication for our Mesa Public Library at every one of her roles. She started as a clerk and developed to be a leader in the organization who helped the Library embrace and adapt to a fast-changing world, especially during the pandemic," said City Manager Chris Brady.

Bonnett most recently served as a branch coordinator at the Main Library and previously worked at the Red Mountain and Dobson Ranch Branch libraries. She started her career in library services with the City of Mesa as a clerk.

Among her accomplishments were overseeing the remodel and expansion of the Children's Library at the Main Library, playing a pivotal role in creating THINKspot at Red Mountain and managing the relocation and expansion of Mesa Public Library adult services. Bonnett was involved in creating the Library's Park and Pickup Service after all three branches closed in March 2020 during the pandemic, She also participated in starting Grab & Go, the first in-person services to resume at the Library in September 2020. She was also a member of the team that launched Mesa Public Library's most recent strategic plan and, in 2018, was selected to participate in the City Manager's Executive Manager Program.

"It is quite an honor to be selected as Mesa Public Library Director. I am fortunate to have a terrific team of professional librarians, staff and volunteers who are passionate about connecting our patrons with information and resources," said Bonnett.

During the next few years, Mesa Public Library will take on significant projects including renovations to the Dobson Ranch Library and the construction and opening of the new Southeast Mesa Library. Both of those projects are being funded by a 2018 bond project approved by Mesa voters.

Bonnett replaces Heather Wolf, who retired from the City in August after serving as Mesa Library Director for 15 years.