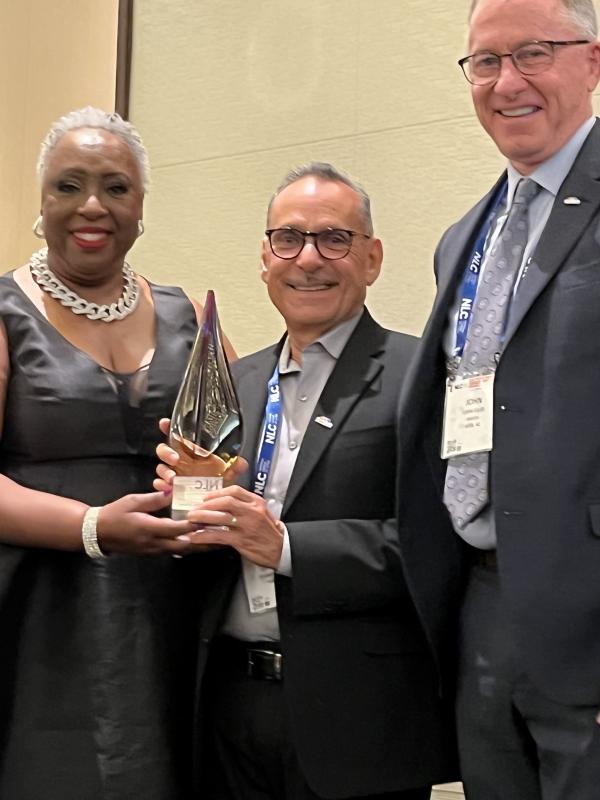 The National League of Cities has selected Mesa as the 2022 Cultural Diversity Awards winner for its two-day Dia de los Muertos celebration, https://www.mesaartscenter.com/diadelosmuertos. For almost two decades, thousands have gathered annually in Mesa to celebrate this rich Mexican tradition with eclectic music and Ballet Folklorico performances, a bustling mercado, mouth-watering traditional foods and a community altar featuring a local artist.

"Downtown Mesa comes alive during our Dia de los Muertos celebration. This East Valley tradition is one of the many ways we celebrate our Mexican and Latin American community," said District 5 Councilmember David Luna. "Diversity thrives in Mesa. I am proud to serve in a city committed to recognizing and honoring the many cultural traditions that weave into the fabric of our city to make it a wonderful place to live and raise a family."

For the past 16 years, a Community Committee, chaired by a City of Mesa Councilmember in partnership with the Consulate General of Mexico, has come together to create an annual event celebrating the cultural tradition of the Mexican holiday of the Day of the Dead. This two-day event at the City of Mesa's Arts Center Campus brings an average of 30,000 people each year to downtown Mesa.

"The City of Mesa's Department of Arts and Culture and Mesa Arts Center is extremely honored by the Diversity Award presented to the City of Mesa by the National League of Cities in recognition of our annual Dia de Los Muertos Festival. This program exemplifies community collaboration, ownership and engagement to celebrate and share an important and meaningful cultural tradition," said City of Mesa Arts and Culture Director Cindy Ornstein.

"Despite the challenges that communities continue to face today, local leaders remain deeply committed to diversity, innovation, access and inclusivity to the benefit of all their residents," said NLC President and Mayor of Union City, GA, Vince Williams. "The National League of Cities is proud to recognize the winners of this year's 2022 Cultural Diversity Awards and celebrate these programs aimed at fulfilling the promise of America's cities, towns and villages."

Submissions for the awards program were grouped by size, and evaluated for creativity, impact on the community and scope of the program. Mesa received the top prize in the large city category. Awardees were recognized at NLC's 2022 Congressional City Conference in Washington, D.C. To learn more about NLC Cultural Diversity Award winners, visit www.nlc.org.